Prayer for Hunters, St Hubert and the Deer Holy Card 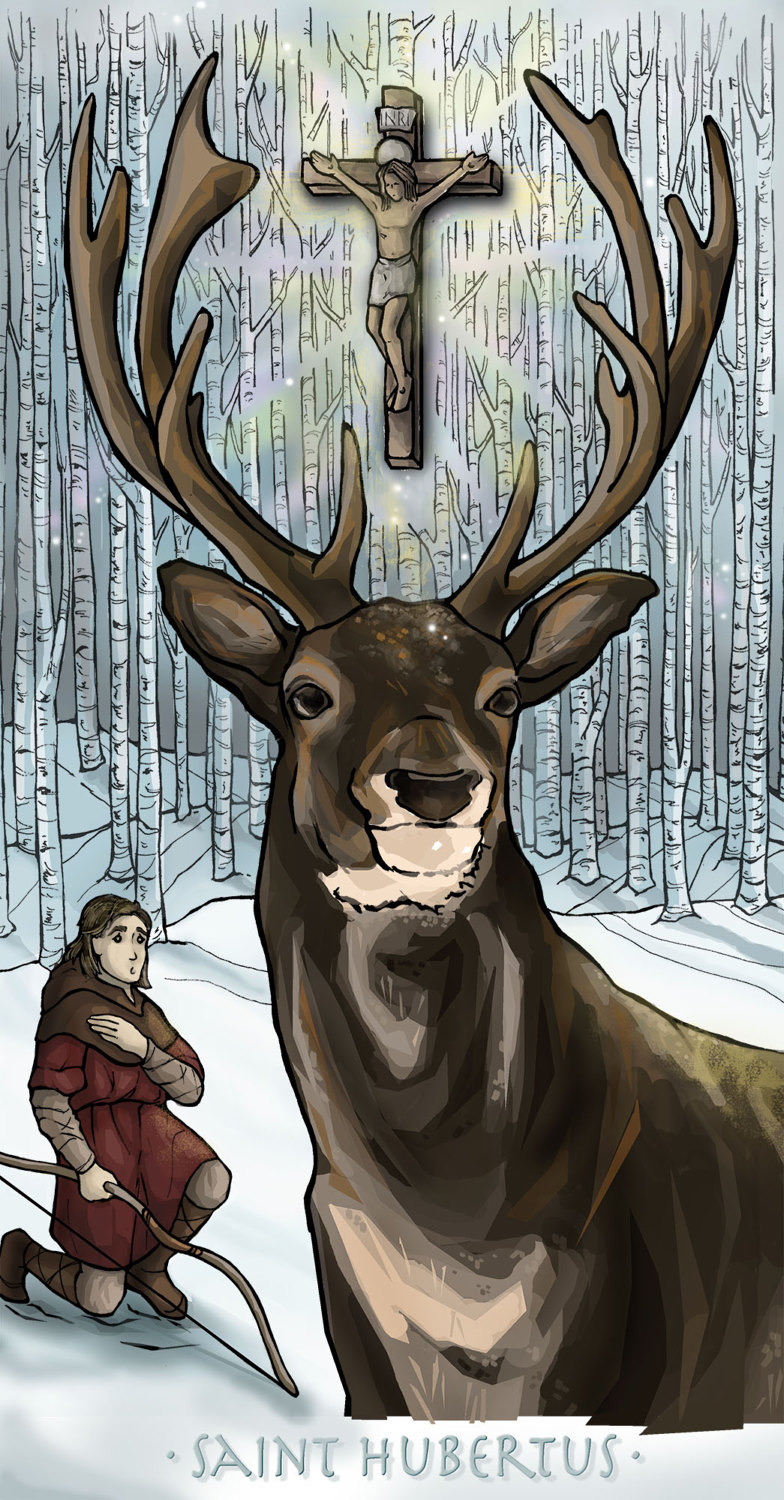 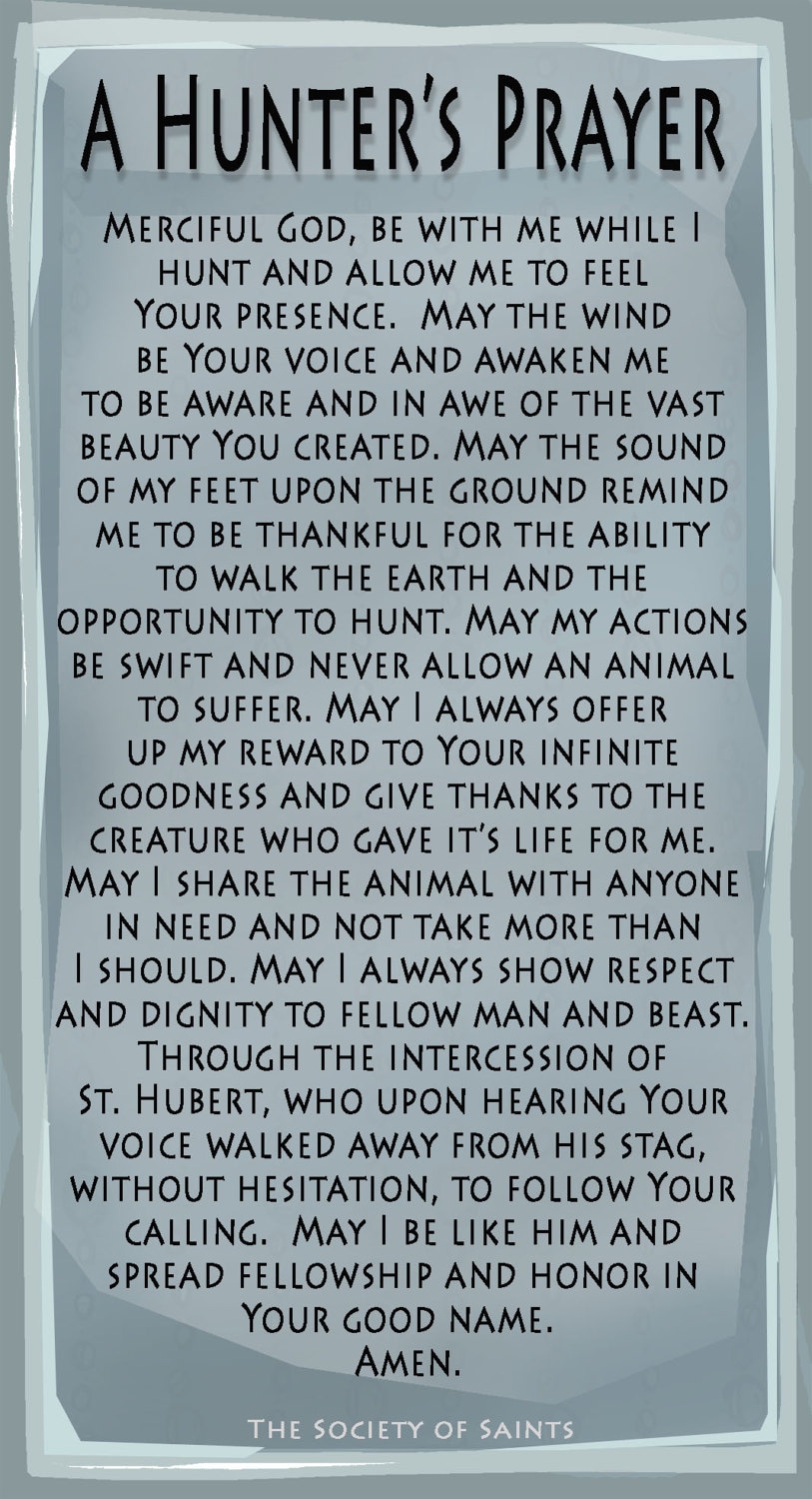 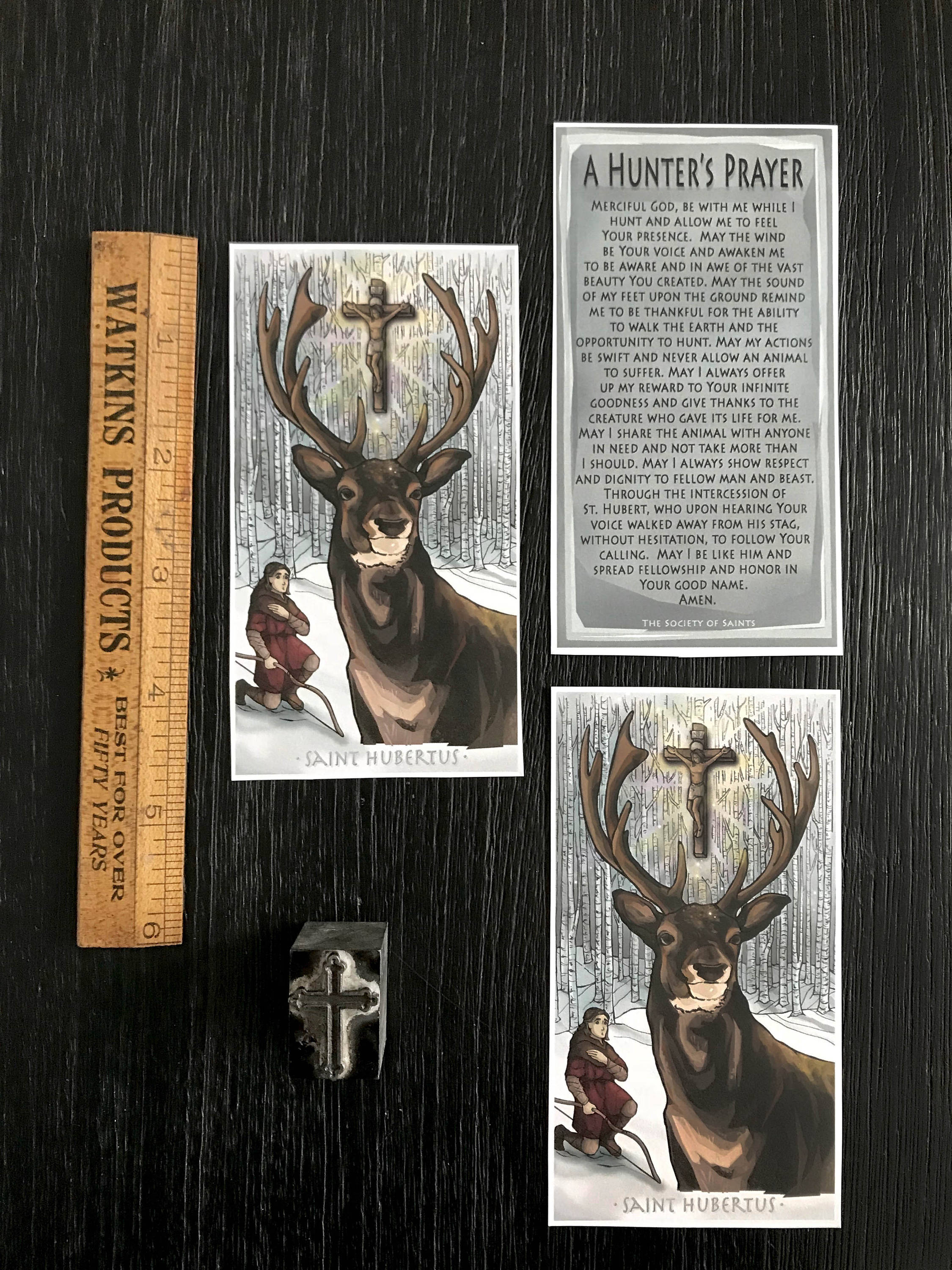 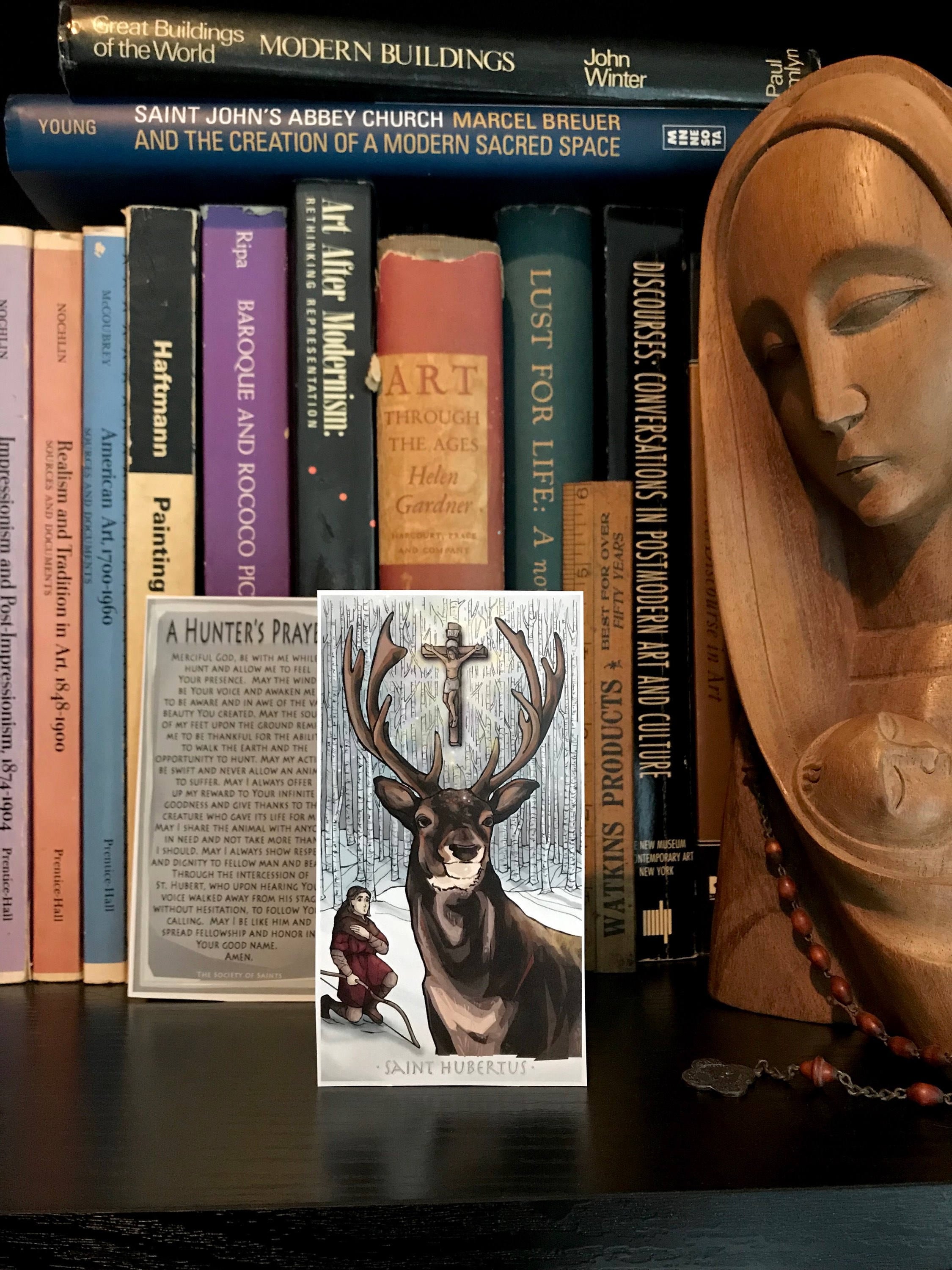 Nice St. Hubert prayer card with his legendary deer, perfect for those who enjoy hunting and who have a respect for all that it encompasses.

In the 7th century, a wealthy young widower named Hubertus, or Hubert, was addicted to the hunt. After his wife died during childbirth, Hubert withdrew from court life and spent his time solely in the woods on the chase. One pivotal Good Friday, instead of attending mass, he chose to take part in his typical routine. Hubert came upon a clearing where he spotted a behemoth of a stag and he took aim. The buck turned towards him and nestled in between his antlers was a crucifix. God himself then addressed Hubert, warning him to either change his ways or plan to spend eternity in hell. The remorseful (and probably quite unnerved) Hubert immediately repented, relinquished his possessions, and became a monk.

(It is also noted that during Hubert's vision, the deer had an opportunity to get a word in too. Lecturing Hubert on having compassion and dignity for them as God's creatures. For example, the hunter ought to only shoot when a humane, clean and quick kill is assured. He ought shoot only old stags past their prime breeding years and to relinquish a much anticipated shot on a trophy to instead euthanize a sick or injured animal that might appear on the scene. Further, one ought never shoot a female with young in tow to assure the young deer have a mother to guide them to food during the winter. Such is the legacy of Hubert who still today is taught and held in high regard in the extensive and rigorous German and Austrian hunter education courses.) - Excerpt rewritten from catholic.org

Hubert is the patron saint of hunters, mathematicians, opticians, and metalworkers.

He has been attributed to the development of ethical hunting practices, and also developing the canine breed, St. Hubert's hound, better known as the bloodhound. Up until the early 20th century he was called upon to cure rabies through the use of St. Hubert's key. Afraid to ask right? Agreed, however it entails two pointed nails in the shape of a cross which were heated in a fire and then the sharp end is, well, let's just end it there. Ouch. Can we get an "Amen" to modern medicine!

His feast day is November 3rd.

Prayer cards are nice little reminders to take small moments out of our hectic days for reflection. Perfect to use as a bookmark, stick in a mirror, or anywhere eyes will happen upon it, and a great little thoughtful item to tuck into a card for a wee gift to mail.

~Miss no single opportunity of making some small sacrifice, here by a smiling look, there by a kindly word; always doing the smallest things right, and doing all for love.~ St. Therese of Lisieux

It is beauty. It came with care . I will buy more later on .